RIYADH: CMN Naval, a French-European shipbuilding group, on Sunday announced the launch of the fastest autonomous interceptor in the world on the sidelines of the World Defense Show in the Saudi capital, Riyadh.

CMN was demonstrating live the 32-meter UHSI32, which was designed in cooperation with the Boston-based Sea Machines Robotics.

“CMN Naval has selected the World Defense Show in Riyadh to showcase the fastest autonomous interceptor in the world in its category,” Cherif Rdissi, commercial director at CMN Naval, told reporters during a media briefing.

The vessel “has a high speed of over than 45 knots and with full capabilities to execute different missions like interception, protection of critical assets and search and rescue missions,” he added.

The UHSI32, with a 7-meter beam, is also operated in cooperation with Raytheon Anschütz’s command and control center, which helps with analyzing, tracking, and compiling data from the vessel.

CMN has more than 40 vessels already operating in Saudi waters and more than 20 vessels are under construction, Rdissi said. 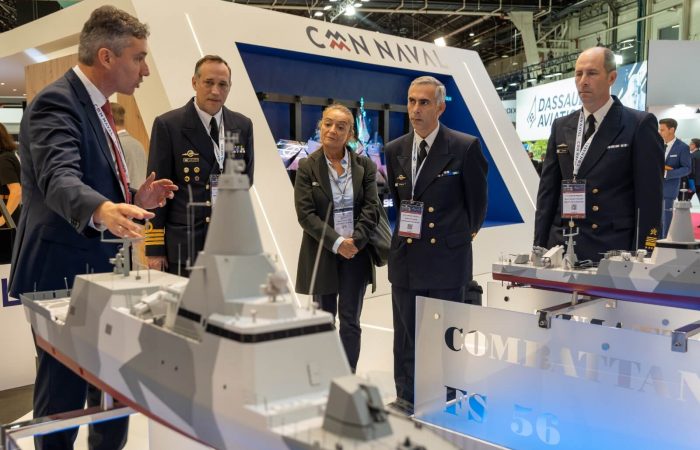